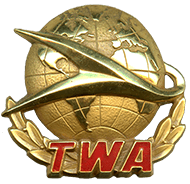 Sec. 2. The Home Office of “TWA Retired Pilots Association” shall be that of its presiding officer or as may be directed by the Executive Committee. (2015)

Sec. 1. The purpose of “TWA Retired Pilots Association” is social, recreational and non-profit, with a primary goal of helping its members to maintain the friendships and associations formed before retirement, to make retirement a more productive and rewarding experience and to assist those active pilots approaching retirement with the problems that are inherent in the transition from active to retired status.

Sec. 2. The Association shall operate under Roberts Rules of Order, Revised. (1996)

Sec. 1. REGULAR membership shall be limited to all “Cockpit Crew Members”, past or present, of TWA or any acquired, acquiring or merged Airlines (i.e.: Ozark, America -West, PSA, Piedmont, Allegheny, US Airways, and the “New” American etc.), of the “Old” TWA. REGULAR members are defined as those who flew as flight deck crew members and who were on the seniority roster of their respective profession in such capacity. Those REGULAR members who, at the beginning of any calendar year have reached their 75th birthday and have been members in good standing for at least three consecutive years immediately prior to reaching 75, shall be called “EAGLES”. (1999)(2015)

Sec. 2. HONORARY membership shall be limited to candidates nominated by the REGULAR members. The name of the nominated candidate shall be presented for voting at the final business session of the annual meeting. A two-thirds (2/3) affirmative vote shall be required for confirmation. Surviving spouses of deceased members shall be accorded HONORARY membership in the “TWA Retired Pilots Association”. (1996)(2015)

Sec. 3. SUBSCRIBERS are those who have asked to be added to the mailing list to receive the TWA TOPICS and DIRECTORY same as REGULAR members. They will not have a vote or other member privileges but may attend conventions. (1999)(2015)

Sec. 4. Annual dues for REGULAR members shall be established annually by a simple majority vote of the Board of Directors. There will be no dues for HONORARY members. Dues will be payable January 1st for that calendar year. (2007)

Sec. 2. The President shall supervise the affairs and activities of “TWA Retired Pilots Association”, convene the Executive Committee or Board of Directors, and preside over such meetings. The President shall be the presiding officer at all Conventions, and shall be an ex-officio member of all Committees except the Nominating Committee. (1986)(2002)(2015)

Sec. 3. The First Vice-President shall assume the duties of the President whenever the President is unable to perform them and shall perform such other duties as may be assigned by the President. (2002)

Sec. 4. In the event the First Vice-President assumes the duties of the President or is unable to perform his or her own duties, the Second Vice-President/Secretary shall assume the duties of the First Vice- President and shall perform such other duties as may be assigned by the President. The 2nd Vice President/Secretary shall record and make available to the Officers, the minutes of all official meetings. (1986)(2002)(2012)

Sec. 5. The Treasurer shall process all applications for membership, keep a current roster of members and their addresses, and disseminate information to the membership at such times as directed by the Executive Committee. He/she shall manage the financial affairs of the Association, collect dues and provide a financial report at all meetings of the Executive Committee, Board of Directors, the annual Convention and such other times as may be required by public law. He/she shall provide an annual Association budget for the Board of Directors and the annual Convention and execute such other duties as may be assigned by the President. (1993)(2002)(2012).

Sec. 1. The “Board of Directors” (BOD) shall consist of seven (7) members. i.e., the members of the Executive Committee, Senior Director, the Director of Hospitality and the immediate Past President. All members of the Board will have an equal vote. (2008)(2012)(2015)

Sec. 2. The “Board of Directors” shall determine “TWA Retired Pilots Association” policy in session or by written resolution. The Board of Directors shall resolve any problems that may arise between conventions. Any action required or permitted to be taken at any meeting of the Board of Directors or of any committee thereof may be taken without a meeting if a written consent thereof is signed by all members of the Board or such committee. Consent by e-mail or fax shall constitute acceptable written consent. Such written consent shall be filed with the minutes of proceedings of the Board or committee. Members of the Board of Directors or of any committee designated by such Board may participate in a meeting of such Board or committee by means of a conference telephone network or similar communication method by which all persons participating in the meeting can hear each other. Participation in a meeting pursuant to this sub-section constitutes presence in person at such meeting. Each person participating in the meeting shall sign the minutes thereof. The minutes may be signed in counterparts. The method of meeting used will be that which most logically suits the existing situation.
(2006)(2015)

Sec. 1. Each year, the Board of Directors shall appoint a Nominating Committee consisting of three members. This committee shall be responsible for providing nominations for Officers and Directors at the annual Convention. Nominations for any office shall not be considered without the consent of the nominee. Additional nominations may be made by any member present at the annual Convention. (1995)

Sec. 2. No nominee shall be eligible for election as an Officer or Director unless he/she is in attendance at the Convention at which he/she could be elected unless he/she is unable to attend due to extenuating circumstances approved by the President. (2002)

Sec. 3. Election may be by ballot or by hand and shall be the last business on the final day of the Convention. In the event there is more than one candidate for any Officer or Director vacancy, election to fill that vacancy shall be by secret ballot. A majority of those present and voting will elect. Newly elected and re-elected Officers and Directors shall assume office the day after the adjournment of the Convention. (1986)

Sec. 4. Only REGULAR members shall be eligible for election to office.

Sec. 5. Officers and Directors shall hold office until re-elected or replaced by newly elected Officers or Directors. Should an Officer or Director vacancy occur between Conventions, the vacancy shall be filled by vote of the remaining Board of Directors. The replacement shall serve until the next Convention. (1986)

Sec. 6. The voting body shall consist of only those REGULAR members in good standing as verified by the Secretary. (1986)(2012)

Sec. 7. It shall be the policy of this Association that Officers, Board members and the general membership will not receive compensation of any kind for work done for the Association.

Sec. 1. The Association shall hold an annual Convention. The Board of Directors shall designate the place and date for each Convention.

The activities at the annual Convention, such as the hospitality room, recreation, banquet, etc. shall be paid for by those who attend. A registration fee is recommended. (1984) The “TWA Retired Pilots Association” Convention Notebook is the approved planning guide for the Convention Chairman. (1998)(2015)

The Board of Directors shall make every effort to designate the place and date of each Convention at least two (2) years in advance. (1982)

The Secretary and/or Treasurer are authorized to correct errors of omission, punctuation, and nomenclature when revising the Directory. (1986)(2015)

All correspondence, except that of a personal nature, but including dues payments and change of address, shall be directed to the address of the Secretary and/or /Treasurer for dissemination to the proper authority within “TWA Retired Pilots Association”. (1986)(2015)

In the event a Board of Directors meeting is called prior to the Convention, Officers, Directors and those Committee Chairmen required to attend shall be reimbursed for reasonable actual expenses they incur. These expenses shall include one night’s lodging, meals, gratuities, necessary automobile expenses (IRS current amount), necessary parking fees and necessary taxi fares. Subject to the prior approval of the President, actual expenses for air travel shall be reimbursed in an amount not greater than the standard economy class fare by the most direct route available to the meeting. (1998) (2006)

In the event that it is deemed necessary, in the interests of The “Association”, for a representative of the “TWA Retired Pilots Association” to attend a meeting of any other organization, the representative shall receive payment for expenses as described in the previous paragraph. Such attendance shall require prior approval of the President. If necessary, travel by OAL shall be reimbursed only for the normal Economy Class fare by the most direct route to and from any function.(2015)

The Executive Committee may authorize extraordinary expenses for the benefit of the “TWA Retired Pilots Association” if they will not conflict with Article IV, Sec. 6. Of the By-Laws. Requests for reimbursement shall be submitted to the “Treasurer on the “Association’s” approved expense form, supported by receipts where applicable, or an explanation thereof. Such requests shall be submitted promptly at the end of the current month but no later than three months after the expense is incurred. (1988)(2015)

The Board of Directors shall determine the added cost necessary for foreign mailing of “TWA Retired Pilots Association” publications. The added cost shall be required of non-members and shall be in addition to the dues of members.(2015)

The name of the Magazine/newsletter shall be “TWA TOPICS”. Normal publication dates of “TWA TOPICS” shall be May 1st and November 1st. The President may authorize special editions if he/she deems it necessary. (1984)(2002)(2015)

The Editor is charged with the responsibility of gathering and editing material for publication. He/she is responsible to the President for the contents of TWA TOPICS. He/she shall determine the deadline date for inclusion of material to be published. The President shall be the final arbiter to determine whether publication of any particular material is in the best interests of “TWA Retired Pilots Association”. (2002)(2015)

It is “TWA Retired Pilots Association” Policy to print differing or opposing views BUT material attacking a member’s motives, character or sincerity is NOT acceptable for publication. Information about products or services may be published for the information of the membership. Publication does not constitute endorsement by “TWA Retired Pilots Association”. (Newsletter Section completely revised – 1986) (Publishing dates amended by Board – 2015)(2015) 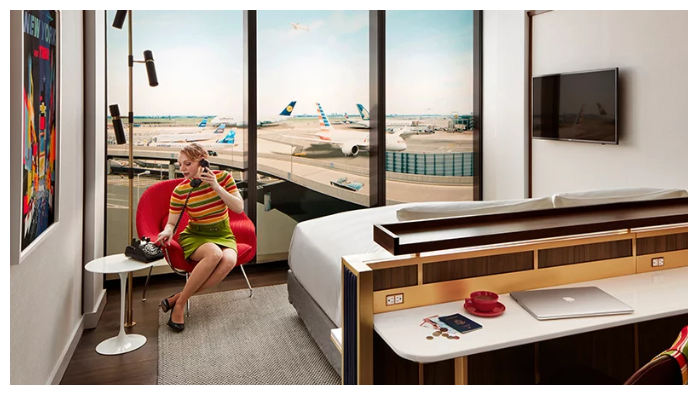